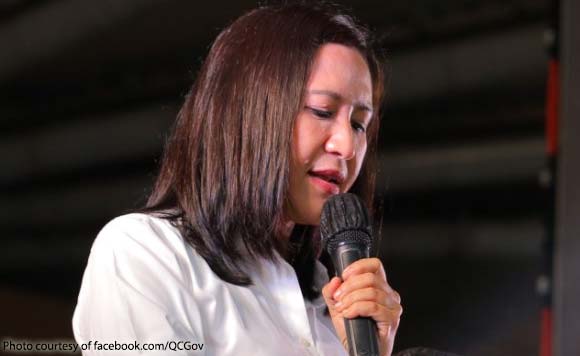 0 2,633
Share
Want more POLITIKO News? Get the latest newsfeed here. We publish dozens and dozens of politics-only news stories every hour. Click here to get to know more about your politiko - from trivial to crucial. it's our commitment to tell their stories. We follow your favorite POLITIKO like they are rockstars. If you are the politiko, always remember, your side is always our story. Read more. Find out more. Get the latest news here before it spreads on social media. Follow and bookmark this link. https://goo.gl/SvY8Kr

Quezon City Mayor Joy Belmont has administered the oaths of office of the interim executive committee officers of the People’s Council of Quezon City.

This is expected to pave the way for greater participation of Quezon City residents in local governance.

The PCQC would be the umbrella arm of the 2,232 civil society organizations accredited by the city government and would see to it that the latter’s programs address the needs of residents.

Belmonte recently signed the implementing rules and regulations of the Participation, Accountability, and Transparency ordinance that seeks to strengthen and institutionalize the system of partnership of the local government and its constituents.

The ordinance was ratified in 2009, but it was only recently that the measure was enacted.

Belmonte said it was important to partner with the people to ensure good governance.

The PCQC could sit in the city’s task forces and committees through its elected representatives and join deliberations as well as the conceptualization and evaluation of projects.

Oh no! Charisse Abalos can’t get a proper Boracay…

Mayen Juico proud to be an LGBTQ ally