NCRPO chief vows to get rid of rogue cops 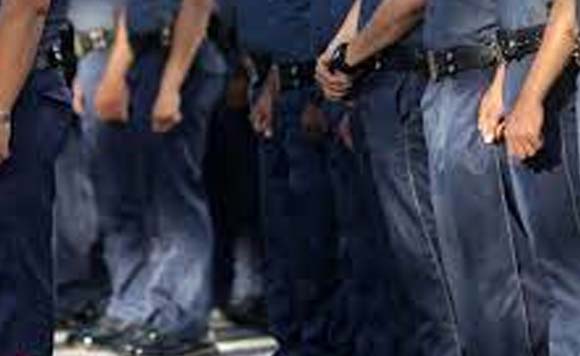 0 106
Share
Want more POLITIKO News? Get the latest newsfeed here. We publish dozens and dozens of politics-only news stories every hour. Click here to get to know more about your politiko - from trivial to crucial. it's our commitment to tell their stories. We follow your favorite POLITIKO like they are rockstars. If you are the politiko, always remember, your side is always our story. Read more. Find out more. Get the latest news here before it spreads on social media. Follow and bookmark this link. https://goo.gl/SvY8Kr

Natividad issued the statement as he noted that there remain members of the Philippine National Police who are linked to illegal activities despite efforts to weed out undeserving personnel.

He would not tolerate or condone these personnel, he said.

“As we conform to the directives of our Chief, PLTGEN Danao, we will carry on to get rid of scalawags from the police service. We will never allow those bad eggs to tarnish our badges and the PNP organization. This also serves as a warning to our personnel that we will never tolerate illegal acts or wrongdoings committed by anyone within our ranks. Wag nilang subukan ang aking kabaitan dahil kabaliktaran nito ang makikita nila pag nagkamali sila,” he said.

The NCRPO chief had met with the chiefs of the five police districts in Metro Manila and warned personnel against getting involved in illegal activities such as robbery hold-up/extortion, sabong, e-sabong, illegal drugs and the like.

Those involved in these activities would be dismissed, he said.

He also tasked the police directors, chiefs of police, station commanders, and chiefs of units and offices to properly and constantly supervise their personnel to maintain discipline and order within the ranks and to ensure their compliances with all orders and rules.

Of these, 39 were dismissed from service, 9 were demoted, 261 were suspended, 45 reprimanded, and 24 exonerated.