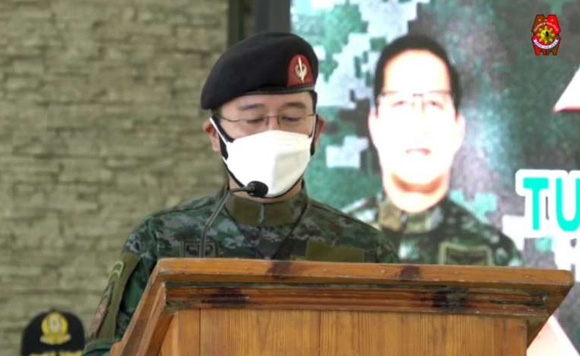 0 226
Share
Want more POLITIKO News? Get the latest newsfeed here. We publish dozens and dozens of politics-only news stories every hour. Click here to get to know more about your politiko - from trivial to crucial. it's our commitment to tell their stories. We follow your favorite POLITIKO like they are rockstars. If you are the politiko, always remember, your side is always our story. Read more. Find out more. Get the latest news here before it spreads on social media. Follow and bookmark this link. https://goo.gl/SvY8Kr

National Capital Region Police Office chief Maj. Gen. Felipe Natividad has vowed an in-depth investigation into the shooting death of a Quezon City policeman who was allegedly linked to the killing of Bureau of Customs personnel.

Quezon City policeman Executive M/Sgt. Celedonio Caunceran Jr. was arrested by operatives of the Customs Intelligence and Investigation Service and was shot dead on Friday while under custody, allegedly after trying to grab the firearm of a customs agent.

Natividad said he was saddened by the incident.

“I am very much saddened by the turn-out of events wherein one of our men was killed in the shooting incident inside the compound of the Bureau of Customs in Manila,” Natividad said in a statement.

The customs agent who shot Caunceran, identified as Elizer Mangili, has been detained and is facing a murder complaint that was filed before the Manila City Prosecutor’s Office on Sunday.

Natividad said the incident would be thoroughly investigated, and different units may collaborate on the probe.

“Though complaints or cases filed against subject policeman pertaining to the same allegations are yet to be confirmed, I have high confidence in our investigation process and rest assured that due and in-depth examination of the circumstances and pieces of evidence gathered shall be conducted to ultimately establish the truth behind this case,” he said.

He also said he would not tolerate any police involvement in illegal activities.

“As the Regional Director of NCRPO, I commit not to tolerate nor condone any form of involvement of my men in all forms of lawless activities,” he said.