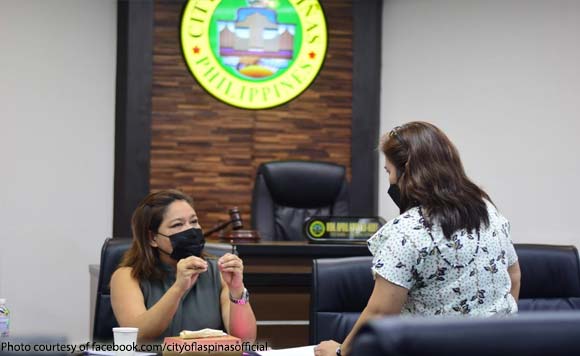 0 131
Share
Want more POLITIKO News? Get the latest newsfeed here. We publish dozens and dozens of politics-only news stories every hour. Click here to get to know more about your politiko - from trivial to crucial. it's our commitment to tell their stories. We follow your favorite POLITIKO like they are rockstars. If you are the politiko, always remember, your side is always our story. Read more. Find out more. Get the latest news here before it spreads on social media. Follow and bookmark this link. https://goo.gl/SvY8Kr

The Las Piñas City government will begin giving second booster shots to senior citizens and health workers on Monday, May 23.

Las Piñas Vice Mayor April Aguilar met with doctors of the city health office to discuss the preparations for the event, and said information about the second booster doses should be disseminated and explained to assuage any concerns the public may have.

Aguilar also sought the reopening of several community vaccination sites for the administration of the second booster shot.

The city government has also started preparations for the Chikiting BakuNation, or the vaccination of children 0 to 23 months old against several diseases.

Health personnel will do the vaccination house to house.