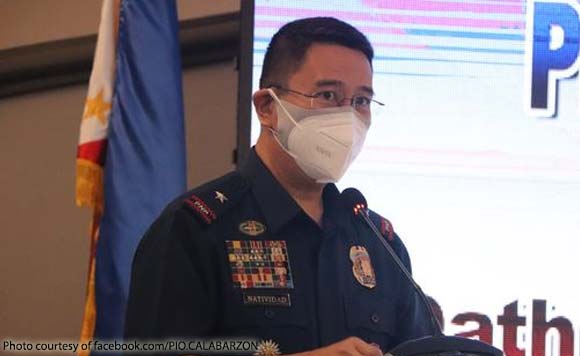 The chief of the National Capital Region Police Office, Maj. Gen. Felipe Natividad, has lauded the personnel of the Manila Police District for arresting broadcaster and columnist Ramon Tulfo for a cyber libel case.

Natividad said the arrest of a high profile personality like Tulfo showed that the police carry out their duties regardless of which person is involved.

“I commend the arresting officers for their fearless service of the Warrant of Arrest despite the accused is a prominent person. Ito ay nagpapatunay na ang inyong kapulisan ay nagtatrabaho lamang at walang kinikilingan na ipatupad ang batas at hulihin ang sinumang lumabag nito,” Natividad said in a statement.

He also said the arrest of Tulfo should serve as a warning to the public to be careful about what they say online.

Tulfo was arrested by operatives of the Special Mayor’s Reaction Team and District Intelligence Division of Manila Police District on the strength of a warrant for cyber libel issued by Branch 24 of the Manila regional trial court.