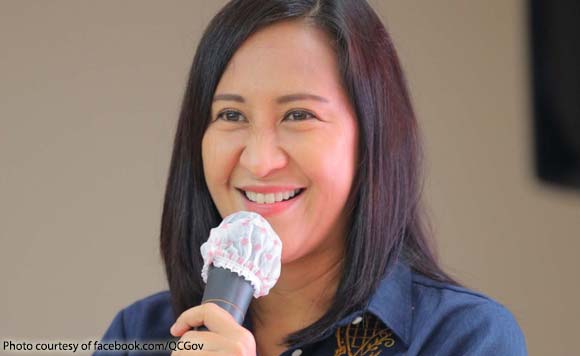 0 356
Share
Want more POLITIKO News? Get the latest newsfeed here. We publish dozens and dozens of politics-only news stories every hour. Click here to get to know more about your politiko - from trivial to crucial. it's our commitment to tell their stories. We follow your favorite POLITIKO like they are rockstars. If you are the politiko, always remember, your side is always our story. Read more. Find out more. Get the latest news here before it spreads on social media. Follow and bookmark this link. https://goo.gl/SvY8Kr

Reforms are needed in penal institutions following the riot in the Quezon City jail sparked by efforts to curb the illegal drug trade in the prison, according to Quezon City Mayor Joy Belmonte.

Belmonte appealed to the Department of the Interior and Local Government to change how things are done.

Among the changes that could be implemented are intensified measures to prevent the entry and proliferation of drugs and deadly weapons in the detention centers, the implementation of a stricter and humane policy, and the training of personnel to make them less tempted to accept bribes to look away from wrongdoing, she said.

She called on the next DILG chief to push for prison reforms.

“They can counter wrongdoings inside the institution if we address the PDL’s needs, implement a stricter and humane prison policy, and more importantly, capacitate our police and BJMP personnel and make them less tempted to accept bribes in exchange for the unhampered entry of weapons and drugs,” she said.

Based on an intelligence report, the recent riot was staged to force the removal of Male Dormitory Warden Supt. Michelle Bonto after she led efforts to curb the drug trade in the prison.

The QC jail’s intelligence unit has since led an operation to confiscate smuggled and illegal devices and drugs hidden in cells.

It has yielded the biggest number of deadly weapons and illegal drugs found in the Quezon City Jail Male Dormitory.

Belmonte hailed Bonto for this operation.

She also said the Quezon City government would continue to support the Bureau of Jail Management and Penology.