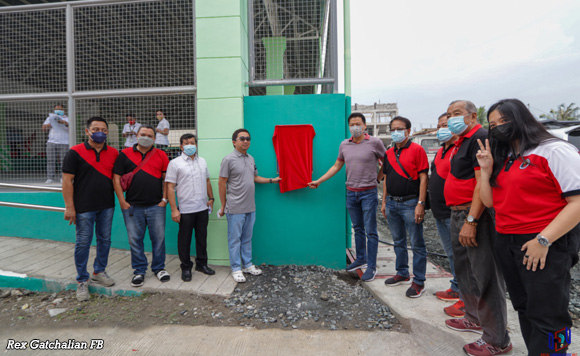 0 176
Share
Want more POLITIKO News? Get the latest newsfeed here. We publish dozens and dozens of politics-only news stories every hour. Click here to get to know more about your politiko - from trivial to crucial. it's our commitment to tell their stories. We follow your favorite POLITIKO like they are rockstars. If you are the politiko, always remember, your side is always our story. Read more. Find out more. Get the latest news here before it spreads on social media. Follow and bookmark this link. https://goo.gl/SvY8Kr

Valenzuela Mayor Rex Gatchalian has inaugurated the activity center of the New Sitio Sto. Rosario Maysan Elementary School, which is part of the school’s new campus.

The campus is expected to be completed before classes resume in August and will serve as a testament to the cooperation between Valenzuela officials, said Gatchalian.

The new campus had to be constructed because the existing elementary school in the area was already too small, he said.

“This new campus is a testimony na sa Pagkakaisa Tuloy ang Progreso!” he said on Facebook.

The campus stands on a 5,000 square meter lot that was provided by the city council, he said.

Valenzuela Rep Eric Martinez arranged for the construction of the initial 12 classrooms through the Department of Education, while the city government would provide two school buildings with 24 classrooms, the activity center, and the site development, he said.