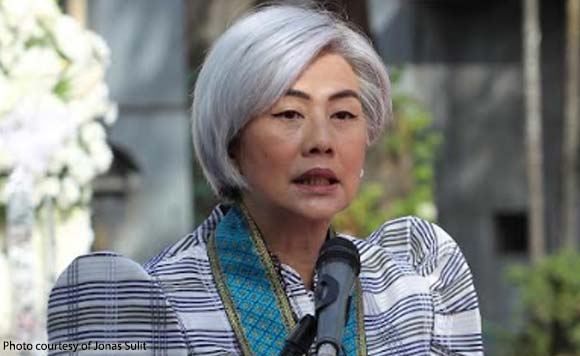 0 117
Share
Want more POLITIKO News? Get the latest newsfeed here. We publish dozens and dozens of politics-only news stories every hour. Click here to get to know more about your politiko - from trivial to crucial. it's our commitment to tell their stories. We follow your favorite POLITIKO like they are rockstars. If you are the politiko, always remember, your side is always our story. Read more. Find out more. Get the latest news here before it spreads on social media. Follow and bookmark this link. https://goo.gl/SvY8Kr

Manila Vice Mayor Honey Lacuna has made history by becoming the first female mayor of the country’s capital, and her wish is that her father would know about her accomplishment.

It had been the dream of her father, former Manila Vice Mayor Danny Lacuna, to sit as the city’s mayor, she said.

And now that she has fulfilled his dream, she wishes that he will get to celebrate it.

The elder Lacuna had a stroke in 2016 and she is not certain that he understands what is being said to him, Honey said in an interview with The Chiefs.

But he was smiling during her proclamation, and she hopes that he understood what she has accomplished.

On the night that she was proclaimed, she told him that she will be Manila’s mayor.

“Nung gabi na naproclaim ako, I was really hoping that he would understand. So I was whispering to him, ‘Daddy may anak ka na na mayor, natupad na yung ano natin.’ He was just smiling, so parang ako, yun na yun eh, sana naintindihan nya,” she said.

Her win is also a vindication for her family, which had been derided as being only fit for the position of vice mayor, she said.

Lacuna, who is also a doctor, said she would continue the programs of Mayor Isko Moreno Domagoso and would also focus on the health programs of the city.

She wants Manila’s public hospitals to be at par with private hospitals, she said.

She is also preparing for a possible surge in COVID-19 cases due to a new sub-variant, she added.