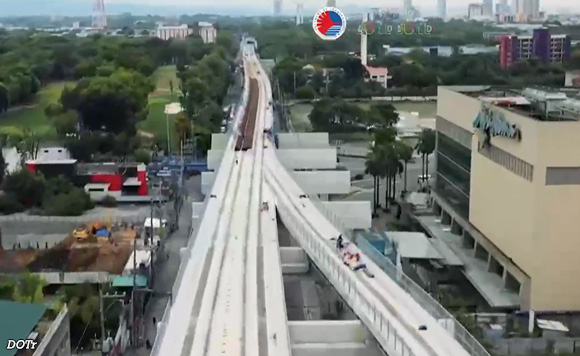 0 1,041
Share
Want more POLITIKO News? Get the latest newsfeed here. We publish dozens and dozens of politics-only news stories every hour. Click here to get to know more about your politiko - from trivial to crucial. it's our commitment to tell their stories. We follow your favorite POLITIKO like they are rockstars. If you are the politiko, always remember, your side is always our story. Read more. Find out more. Get the latest news here before it spreads on social media. Follow and bookmark this link. https://goo.gl/SvY8Kr

Traveling between Quezon City and Bulacan will be faster and easier with the completion of the MRT-7, which is expected to happen soon, according to the Department of Transportation.

The DOTr said Monday that the project’s overall progress rate was at 63.35 percent, and the construction works continue.

It said the project took two decades to get off the ground, beginning with the submission of the unsolicited proposal for the concept in August 2001.

The concession agreement was signed in June 2008.

The DOTr said that when President Duterte came to power, not one post or train was in place.

But together with San Miguel Corporation, it worked hard to get the project off the ground, it said.

The first six train sets for the project were unveiled in December 2021.