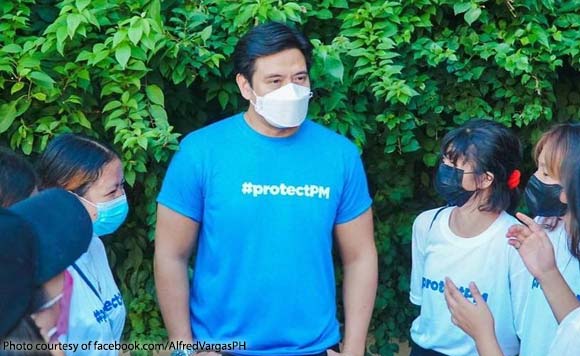 After getting a death threat, Quezon City Rep. Alfred Vargas and his brother Councilor PM Vargas received a show of support from Novaliches residents

A group of young Novoleños visited Alfred to express their solidarity with him and his brother.

They gave him a shirt with the phrase #protectPM.

Alfred assured their supporters that he and his brother would continue the fight.

He also thanked them for speaking up for him and his brother.

“The future of Novaliches is bright with brave young people like you. Thank you for the courage. Mabuhay kayo!” he said.