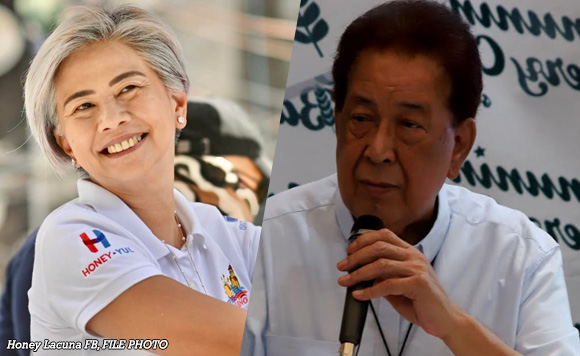 0 1,044
Share
Want more POLITIKO News? Get the latest newsfeed here. We publish dozens and dozens of politics-only news stories every hour. Click here to get to know more about your politiko - from trivial to crucial. it's our commitment to tell their stories. We follow your favorite POLITIKO like they are rockstars. If you are the politiko, always remember, your side is always our story. Read more. Find out more. Get the latest news here before it spreads on social media. Follow and bookmark this link. https://goo.gl/SvY8Kr

It looks like the election for Manila mayor will be a close fight, based on the latest survey of Publicus Asia.

In its April 25 to 28 survey, Honey Lacuna got 25 percent and Amado Bagatsing 15 percent, while the undecided were at 26 percent.

RELATED STORY: Manila mayoralty race still up in the air

As for the other mayoralty candidates, Alex Lopez got 12 percent, Christy Lim 7 percent, Onofre Abad 6 percent, and Francis Pizarra 5 percent.

In the April 8 to 13 Publicus survey, the undecided were 28 percent, while Lacuna got 26 percent, Lopez 13 percent, and Bagatsing 9 percent.

In the race for vice mayor, the latest survey showed Raymond Bagatsing with 34 percent, while Yul Servo Nieto got 16 percent. The undecided were at 28 percent.

Lucy Lapinig and Arvin Reyes each got 9 percent.