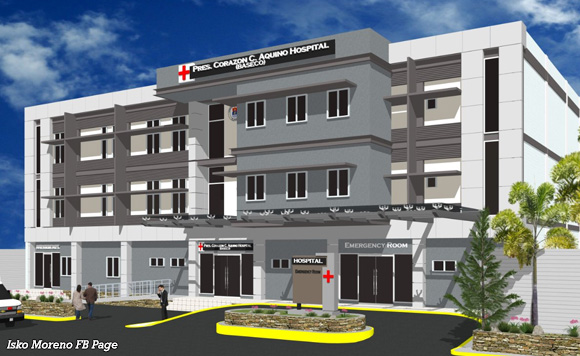 0 1,018
Share
Want more POLITIKO News? Get the latest newsfeed here. We publish dozens and dozens of politics-only news stories every hour. Click here to get to know more about your politiko - from trivial to crucial. it's our commitment to tell their stories. We follow your favorite POLITIKO like they are rockstars. If you are the politiko, always remember, your side is always our story. Read more. Find out more. Get the latest news here before it spreads on social media. Follow and bookmark this link. https://goo.gl/SvY8Kr

The Baseco community will soon get to have its own hospital, as the construction of the facility is now 50 percent complete, according to Manila Mayor Isko Moreno Domagoso.

This will be the 7th hospital of the Manila government and will be called the President Corazon C. Aquino Hospital.

The construction of the facility began on October 18, 2021 and is 50 percent complete as of May 1.

Domagoso said he had sought the construction of a hospital in the Baseco compound so that residents in the area would not need to travel far for medical services, especially during emergencies where every second counts.