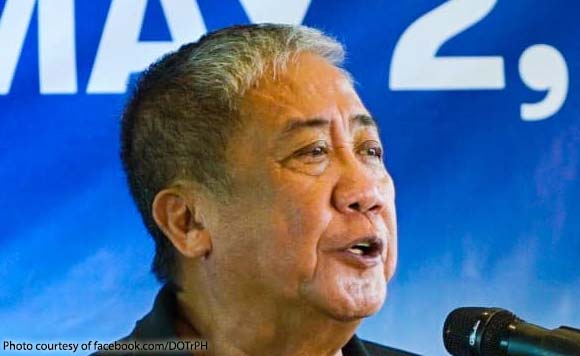 0 162
Share
Want more POLITIKO News? Get the latest newsfeed here. We publish dozens and dozens of politics-only news stories every hour. Click here to get to know more about your politiko - from trivial to crucial. it's our commitment to tell their stories. We follow your favorite POLITIKO like they are rockstars. If you are the politiko, always remember, your side is always our story. Read more. Find out more. Get the latest news here before it spreads on social media. Follow and bookmark this link. https://goo.gl/SvY8Kr

Even if the Duterte administration is winding down, the Metro Manila Subway project will forge on, according to the Department of Transportation.

The DOTr said Secretary Art Tugade would fulfill his promise to work until the last day in office and would turn the dream of having an underground transportation system in the capital region into a reality.

“Proof that there is no stopping the Metro Manila Subway is that the contracts are now out in place and the project has been funded,” it said in a statement.

Tugade had already inspected the three construction sites for the first phase of the project, it said.

These are the depot of the tunnel boring machine shaft in Valenzuela, the stockyard in Tandang Sora, Quezon City, and the construction site along North Avenue, Quezon City.

The subway project will stretch across more than 33 kilometers and is expected reduce travel time between Quezon City and Ninoy Aquino International Airport from 1 and half hours to only 35 minutes, the DOTr said.

It is also expected to accommodate 370,000 passengers per day in the first year of its operations, it added.