Be a reader so you won’t fall for fake news, says Jojo Binay 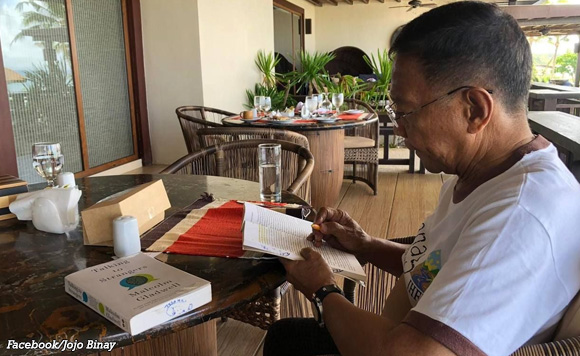 0 756
Share
Want more POLITIKO News? Get the latest newsfeed here. We publish dozens and dozens of politics-only news stories every hour. Click here to get to know more about your politiko - from trivial to crucial. it's our commitment to tell their stories. We follow your favorite POLITIKO like they are rockstars. If you are the politiko, always remember, your side is always our story. Read more. Find out more. Get the latest news here before it spreads on social media. Follow and bookmark this link. https://goo.gl/SvY8Kr

And Binay would like the public to be readers as well so that they won’t easily fall for fake news.

Binay, who is running for Senator, made the statement after he debunked rumors that his health has deteriorated.

He said he has been a reader since he was young, with the habit instilled in him by his parents.

His father was a librarian and his mother a teacher, and they helped developed his love of the written word.

It’s a skill that is important in this age of disinformation, he said.