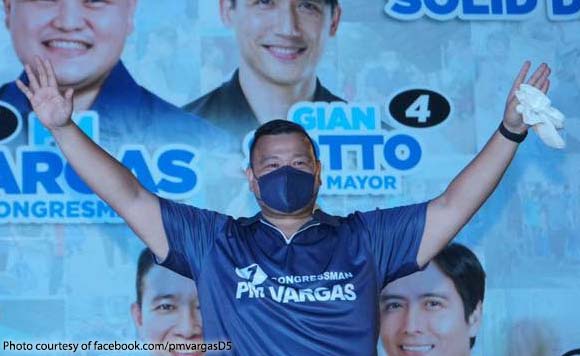 0 187
Share
Want more POLITIKO News? Get the latest newsfeed here. We publish dozens and dozens of politics-only news stories every hour. Click here to get to know more about your politiko - from trivial to crucial. it's our commitment to tell their stories. We follow your favorite POLITIKO like they are rockstars. If you are the politiko, always remember, your side is always our story. Read more. Find out more. Get the latest news here before it spreads on social media. Follow and bookmark this link. https://goo.gl/SvY8Kr

Tensions have ratcheted up in Quezon City’s fifth district in the final stretch of the campaign, with Rep. Alfred Vargas and his brother, Councilor Patrick Michael “PM” Vargas, revealing that they had received a death threat.

The threat came in the form of bullets sent to PM’s district office on May 2, they said in a press conference on Tuesday evening.

PM, who is running for Quezon City representative, said the bullets were delivered in a box that bore his name.

He shared CCTV footage of the delivery.

But he said he remains unfazed by this threat, the first he has ever received, and stressed that he would not back down from the race.

Alfred, who is running for councilor, also disclosed that he and his brother received offers from emissaries to back out of the race in exchange for hundreds of millions of pesos.

But they rejected these, he said.

He said the threat was made after they refused to withdraw.

But he and his brother would not be intimidated, he said.

They would not leave the people of the fifth district, he added.