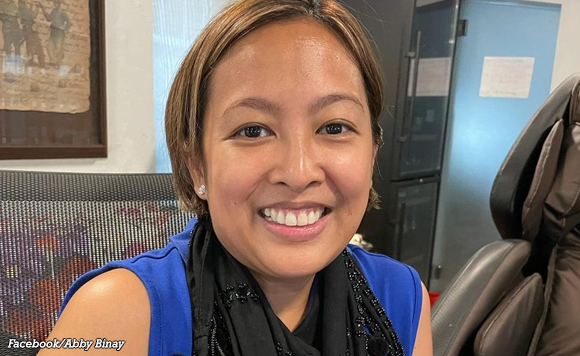 0 977
Share
Want more POLITIKO News? Get the latest newsfeed here. We publish dozens and dozens of politics-only news stories every hour. Click here to get to know more about your politiko - from trivial to crucial. it's our commitment to tell their stories. We follow your favorite POLITIKO like they are rockstars. If you are the politiko, always remember, your side is always our story. Read more. Find out more. Get the latest news here before it spreads on social media. Follow and bookmark this link. https://goo.gl/SvY8Kr

Makati Mayor Abby Binay is grateful that her efforts to improve public health in the city have not gone unnoticed.

The Makati Life Medical Center, the second public hospital in the city, won the Public-Private Healthcare Partnership of the Year Award in the Healthcare Asia Awards 2022, Binay said.

Binay received the award from Healthcare Asia, an industry magazine for hospital owners, investors, administrators and policy makers in Asia.

She said the Makati Life hospital, the biggest public-private hospital in the country, would be opened in phases and would begin partial operations this year.

It would make premium hospital services affordable and accessible to the public, she said.

On the other hand, the Ospital ng Makati received a five-year accreditation from the Phi­lippine Board of Emergency Medicine.

The accreditation wad given to the OsMak’s Depart­ment of Emergency Prehospital, Disaster, and Ambulatory Care Medicine.

Binay said the PBEM accreditation usually lasts for three years, but OsMAk got five years due to its strict compliance with the requirements of the board.

It is the first public hospital with an emergency-based training program to receive the extended accreditation, she said.