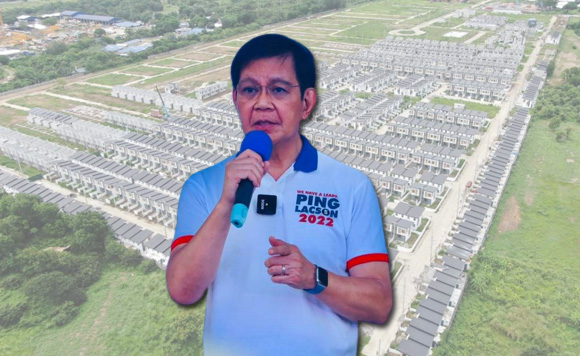 0 764
Share
Want more POLITIKO News? Get the latest newsfeed here. We publish dozens and dozens of politics-only news stories every hour. Click here to get to know more about your politiko - from trivial to crucial. it's our commitment to tell their stories. We follow your favorite POLITIKO like they are rockstars. If you are the politiko, always remember, your side is always our story. Read more. Find out more. Get the latest news here before it spreads on social media. Follow and bookmark this link. https://goo.gl/SvY8Kr

Government bears the responsibility of moving people away from disaster-prone coastal municipalities, which presidential candidate Panfilo ‘Ping’ Lacson is prepared to assume, if and when he is proclaimed as the next leader of our nation.

Under his possible administration, Lacson said no family shall be left to fend for itself whenever natural calamities strike—such as super typhoons and massive earthquakes—in accordance with our existing laws.

Lacson discussed this topic when it was brought to his attention by a resident living near a coastal area during a town hall forum with senatorial aspirant Dr. Minguita Padilla, Friday (April 29), at the Peñaranda Park in Legazpi City, Albay.

[Did you know why we are moving our citizens away from coastal areas? Because these are disaster-prone. When a storm surge occurs, there would be a number of casualties, that’s why we have an easement.]

[Do not blame the government whenever it asks you to leave a coastal area, but a relocation site for you must be prepared, that’s a must. It is the obligation of the state to keep our countrymen safe, especially here in Bicol, where you are frequently visited by storms, right?]

Dr. Padilla agreed, adding the government must consider building climate-resilient houses for families, who would be asked to relocate elsewhere. She said this could be incorporated in plans to seek ‘climate justice’ from nations identified as the biggest contributors of greenhouse gas emissions.

[If you are going to be relocated in different places that are safe, I think the government must carefully think about the style of houses it will be building. It should go for housing units that will not be blown away by storms… So, that is what we call climate change resiliency.]

[We should change our perspectives when it comes to the structures that we are going to develop in areas that are frequently visited by typhoons. So, you should consider building houses that would not be easily destroyed by a storm. That’s one thing. We can still do a lot of things.]

Lacson noted that the Philippines ranks fourth among nations most vulnerable to the effects of climate change such as violent storms and extreme flooding. This is based on the Global Climate Risk Index 2021 by Germanwatch, which the Climate Change Commission acknowledged last year.

[We really need to find suitable relocation sites for our citizens who are in the coastal areas so that, once they are resettled, they would feel safe and the government should provide that kind of assistance for them.]