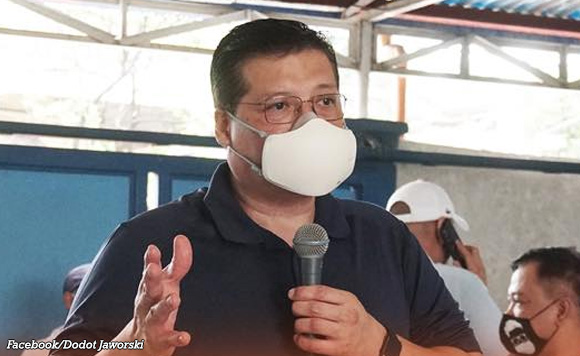 0 1,034
11
Want more POLITIKO News? Get the latest newsfeed here. We publish dozens and dozens of politics-only news stories every hour. Click here to get to know more about your politiko - from trivial to crucial. it's our commitment to tell their stories. We follow your favorite POLITIKO like they are rockstars. If you are the politiko, always remember, your side is always our story. Read more. Find out more. Get the latest news here before it spreads on social media. Follow and bookmark this link. https://goo.gl/SvY8Kr

Pasig vice mayoralty candidate Dodot Jaworski said Friday that he has no problem with the decision of private owners to remove his campaign materials from their property.

Jaworski issued the statement after a video surfaced showing his supporters clashing with the camp of his rival Ian Sia over the removal of his tarpaulin, which was requested by the property owner.

Jaworski said he understands the emotions of his volunteers who worked hard to put up his campaign materials.

But he respects the position of homeowners as well, he said.

He also assured his supporters that even if his campaign materials are removed, he would not be deterred.