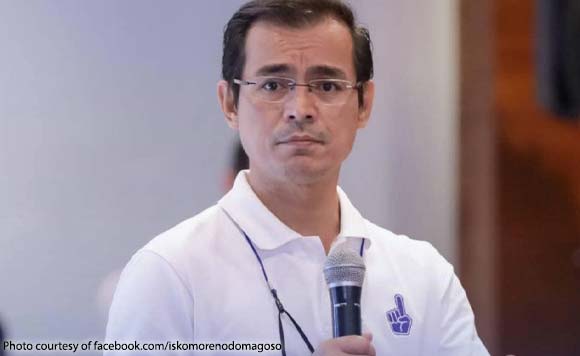 0 223
Share
Want more POLITIKO News? Get the latest newsfeed here. We publish dozens and dozens of politics-only news stories every hour. Click here to get to know more about your politiko - from trivial to crucial. it's our commitment to tell their stories. We follow your favorite POLITIKO like they are rockstars. If you are the politiko, always remember, your side is always our story. Read more. Find out more. Get the latest news here before it spreads on social media. Follow and bookmark this link. https://goo.gl/SvY8Kr

Presidential hopeful and Manila Mayor Isko Moreno Domagoso is facing a graft complaint before the Office of the Ombudsman over his controversial sale of the Divisioria Public Market.

Emmanuel Plaza, chair of the DPMCC, said the Manila officials sold the Divisoria market to Festina Holdings, Inc. without properly consulting and informing the vendors about it.

“Na violate po ang aming karapatan for a due process,” Plaza said in a press conference.

They only learned about the sale more than 25 days after the city government was paid for it, he said.

He also said the new owner of the market has imposed stringent rules on them and increased rental rates.

Vendors were being asked to sign a one-year contract which would require them to pay a two-month security deposit.

Plaza also said the sale of the public market was disadvantageous to the city because the P1.45 billion price was too low given the income that the facility generates.

Domagoso’s camp earlier said the sale of the Divisoria market benefited the city because the sale price was higher than the Commission on Audit’s valuation of the property.

It also accused the camp of presidential candidate Ferdinand Bongbong Marcos Jr. of being behind the criticism of the Divisoria sale.

Domagoso had gone after Marcos Jr. by demanding that the family of the late dictator settle its unpaid estate taxes amounting to P203 billion.