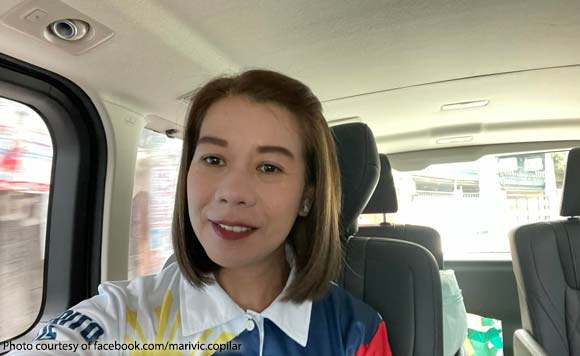 0 229
Share
Want more POLITIKO News? Get the latest newsfeed here. We publish dozens and dozens of politics-only news stories every hour. Click here to get to know more about your politiko - from trivial to crucial. it's our commitment to tell their stories. We follow your favorite POLITIKO like they are rockstars. If you are the politiko, always remember, your side is always our story. Read more. Find out more. Get the latest news here before it spreads on social media. Follow and bookmark this link. https://goo.gl/SvY8Kr

Pilar’s lawyer Frankie Magsalin III has written to Facebook to request that it take down a new Facebook page created to discredit her and besmirch her name.

Magsalin wrote the April 26 letter after Pilar’s camp found a new account that spreads false claims and carries out politically-motivated attacks against her.

In his letter, Magsalin noted that a similar account was created a few months ago, and Pilar’s camp also sent a letter to Facebook in February to ask for its removal.

“In line with these reports, we would like to respectfully request for your continuous vigilance on similar accounts that are obviously created to malign and scandalize our client. Furthermore, we hope that you will promptly take down and ban the same,” he said.

Pilar shared her lawyer’s letter on her Facebook page.

In a separate post, she said the text messages being circulated by the troll account to paint her in a bad light were fake, and lamented that her enemies were not playing fair.

She also said would also file cyberlibel charges against the people behind the page.