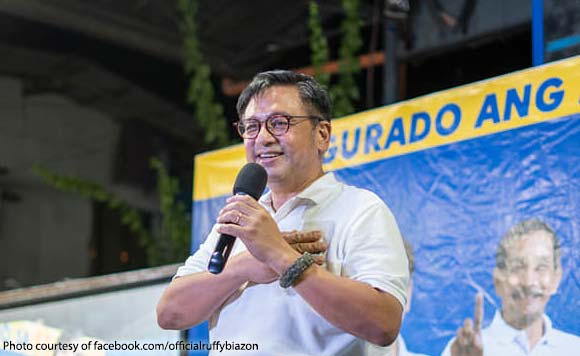 0 104
Share
Want more POLITIKO News? Get the latest newsfeed here. We publish dozens and dozens of politics-only news stories every hour. Click here to get to know more about your politiko - from trivial to crucial. it's our commitment to tell their stories. We follow your favorite POLITIKO like they are rockstars. If you are the politiko, always remember, your side is always our story. Read more. Find out more. Get the latest news here before it spreads on social media. Follow and bookmark this link. https://goo.gl/SvY8Kr

Muntinlupa Rep. Ruffy Biazon is glad to have played a part in the crafting of a new measure to develop the use of electric vehicles in the country.

Biazon on Wednesday reported that Republic Act 11697, or the Electric Vehicle Industry Development Act, has been signed into law.

He had been pushing for the measure’s approval since 2004, but it was only recently that it gained traction, he said.

Biazon, who is running for Muntinlupa mayor, also said this shows that his promise to bring modern programs and projects for the city is not just all talk.

“While others just make promises, we have actually delivered results,” he added.