Free MRT-3 rides extended to May 30 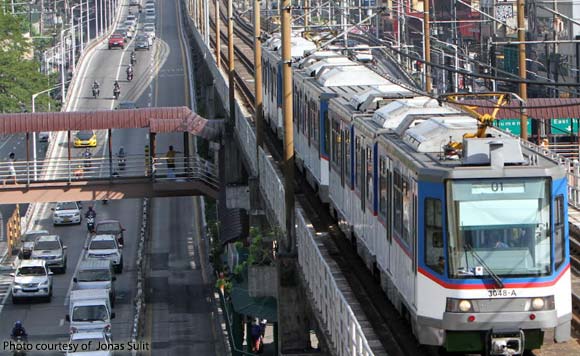 0 246
Share
Want more POLITIKO News? Get the latest newsfeed here. We publish dozens and dozens of politics-only news stories every hour. Click here to get to know more about your politiko - from trivial to crucial. it's our commitment to tell their stories. We follow your favorite POLITIKO like they are rockstars. If you are the politiko, always remember, your side is always our story. Read more. Find out more. Get the latest news here before it spreads on social media. Follow and bookmark this link. https://goo.gl/SvY8Kr

The Libreng Sakay program of the MRT-3 has been extended up to May 30, the Department of Transportation announced on Wednesday.

The program was supposed to end on April 30.

“Passengers will be able to continue enjoying free rides at the rehabilitated MRT-3 line until 30 May 2022, anytime between the rail line’s operating hours from 4:40 a.m. and 10:10 p.m,” the DOTr said.

DOTr Secretary Arthur Tugade said the extension of the program was intended to ease the burden on commuters amid the soaring prices of oil and basic goods, and the directive for workers to return on-site to their jobs.

It would also allow more people to benefit from the MRT, said Tugade.

The increase in ridership has allowed the MRT to test its capacity and performance after the completion of its massive rehabilitation, according to MRT-3 OIC-General Manager and Director for Operations Michael Capati.

The extension of the free ride program would let it further test its capacity for accommodating a bigger number of daily passengers, some 350,000 or more, said Capati.

The MRT would continue to deploy its four-car train sets during peak hours.