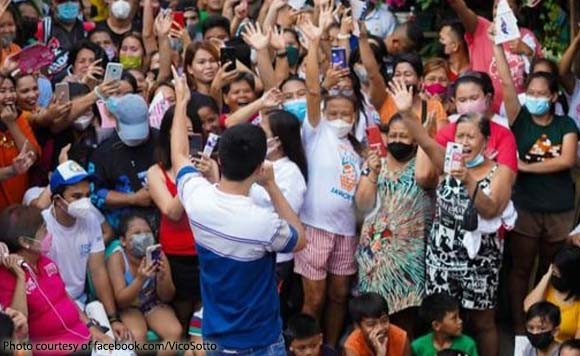 In the home stretch of the campaign, some groups are working double time to spread fake news and even printing these bogus claims on flyers, according to Pasig Mayor Vico Sotto.

On Facebook, Sotto said the false claims being bandied about include calling a random city hall visitor a “bagman” and denying that a lawyer from Pasig is a resident of the city.

But he said Pasig residents can do their part to curb disinformation by being vigilant and discerning about fake news.

He also shared more tips about stopping these from spreading.

If they see a real person posting a false story, they should correct the person but not engage with the troll or dummy account, he said.

If they have doubts about the veracity of a story, they should also refrain from sharing this on social media, he said.

He assured Pasig residents that he would not be deterred by fake news.