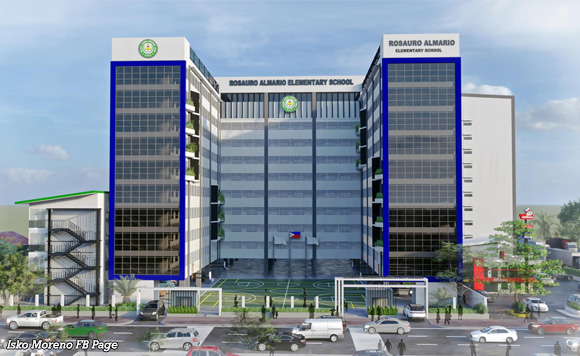 0 105
Share
Want more POLITIKO News? Get the latest newsfeed here. We publish dozens and dozens of politics-only news stories every hour. Click here to get to know more about your politiko - from trivial to crucial. it's our commitment to tell their stories. We follow your favorite POLITIKO like they are rockstars. If you are the politiko, always remember, your side is always our story. Read more. Find out more. Get the latest news here before it spreads on social media. Follow and bookmark this link. https://goo.gl/SvY8Kr

Domagoso jumpstarted the redevelopment of the Rosauro Almario Elementary School last year, and the construction is 30 percent complete as of March 31, he said on Facebook.

He recalled that when he was a student, parents had to chip in to buy an electric fan and paint for their classroom.

But now he was able to do more to improve the school.