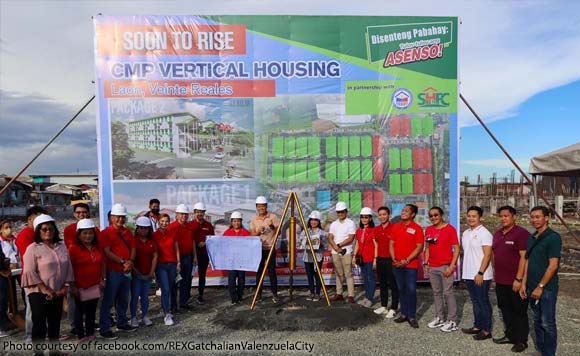 0 142
40
Want more POLITIKO News? Get the latest newsfeed here. We publish dozens and dozens of politics-only news stories every hour. Click here to get to know more about your politiko - from trivial to crucial. it's our commitment to tell their stories. We follow your favorite POLITIKO like they are rockstars. If you are the politiko, always remember, your side is always our story. Read more. Find out more. Get the latest news here before it spreads on social media. Follow and bookmark this link. https://goo.gl/SvY8Kr

Valenzuela has started its construction of its vertical housing project in Barangay Veinte Reales, and Mayor Rex Gatchalian said this should put to rest claims that the city was not properly taking care of its people’s housing needs.

The groundbreaking and capsule laying ceremony for the housing project was held on Friday.

He noted that the housing project had been the target of negative comments made in the name of politicking.

But he said the construction of the project has begun.

The people who will live in the area would be its beneficiaries as they would own the land and the property, not city hall which would just serve as estate manager, he said.

The units in the area would come in two sizes which would depend on the financial capability of the family.

Those who could not afford the units would be transferred to the Disiplina Village, he said.