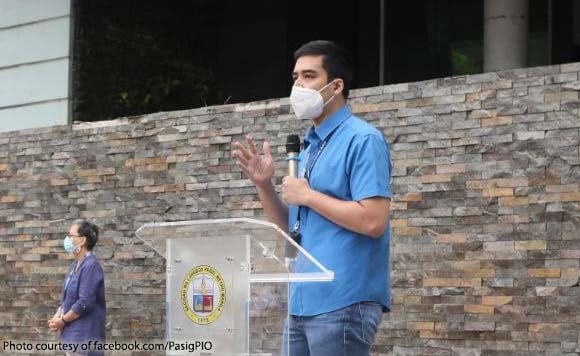 0 234
Share
Want more POLITIKO News? Get the latest newsfeed here. We publish dozens and dozens of politics-only news stories every hour. Click here to get to know more about your politiko - from trivial to crucial. it's our commitment to tell their stories. We follow your favorite POLITIKO like they are rockstars. If you are the politiko, always remember, your side is always our story. Read more. Find out more. Get the latest news here before it spreads on social media. Follow and bookmark this link. https://goo.gl/SvY8Kr

Pasig Mayor Vico Sotto said he is bent on stopping the cycle of spending big during the campaign and then getting these all back.

Sotto warned voters that candidates who give them money and spend huge sums during the campaign are likely to do something to recover this while in public office.

Sotto made the statement on Facebook after one of his constituents reported that a candidate gave out money to residents.

He wondered about the source of funds of candidates like these as he expressed skepticism about the excuse that they are spending their own money.

If a candidate gives out P300 per person and meets 1,000 people a day for 200 days from the filing of certificates of candidacy to election day, this would amount to P60 million, he said.

And this is with the estimated amounts on the low side, he said.

It was also possible that they are funded by those who miss the old ways at city hall when biddings are rigged and corruption was happening, he said.

He urged voters not to be swayed by those offering them money.

It would benefit them in the end as public funds would be spent properly for them, he said.