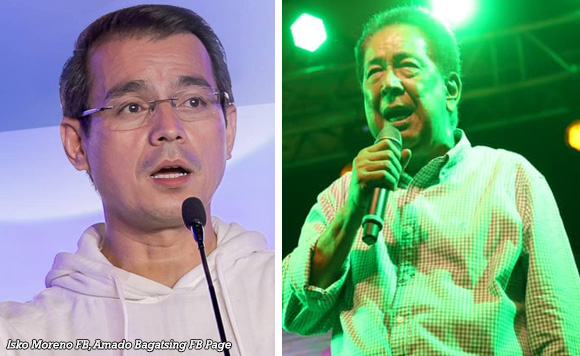 0 933
Share
Want more POLITIKO News? Get the latest newsfeed here. We publish dozens and dozens of politics-only news stories every hour. Click here to get to know more about your politiko - from trivial to crucial. it's our commitment to tell their stories. We follow your favorite POLITIKO like they are rockstars. If you are the politiko, always remember, your side is always our story. Read more. Find out more. Get the latest news here before it spreads on social media. Follow and bookmark this link. https://goo.gl/SvY8Kr

Former Manila Rep. Amado Bagatsing has vowed not to imitate the work of Manila Mayor Isko Moreno who has sold a number of city hall properties if he gets elected.

Bagatsing, who is running for the mayoral post said he will also try to reclaim the ownership of the properties back to the Manila City government.

In a radio interview, Bagatsing lamented the reported sale of Divisoria Public Market, City College of Manila (Escolta), Harrison Plaza, and Quiricada Fire Station, among others.

Citing data from the Department of Budget and Management (DBM), Bagatsing said the Manila city government under Moreno and Vice Mayor Honey Lacuna has already disposed of assets and earned P44 billion.

Bagatsing and Lacuna are up against each other in the May 9 elections. Moreno is supporting Lacuna.

Based on the Maharlika TV survey this month, Lacuna still leads the mayoral race with 45.66% but Bagatsing is fast catching up with 37.08%.

He thanked barangay captains, kagawad, and other supporters for backing his mayoralty bid.