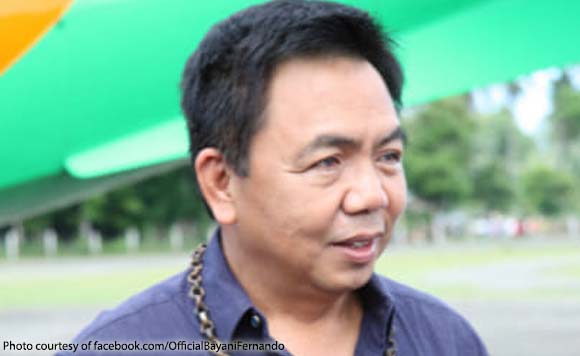 0 169
Share
Want more POLITIKO News? Get the latest newsfeed here. We publish dozens and dozens of politics-only news stories every hour. Click here to get to know more about your politiko - from trivial to crucial. it's our commitment to tell their stories. We follow your favorite POLITIKO like they are rockstars. If you are the politiko, always remember, your side is always our story. Read more. Find out more. Get the latest news here before it spreads on social media. Follow and bookmark this link. https://goo.gl/SvY8Kr

Marikina could have been enjoying the use of a new, modern, and spacious justice hall were it not for Mayor Marcy Teodoro, according to Marikina Rep. Bayani Fernando.

Fernando, who is running for mayor, said Congress had allocated funds for the construction of this new building, but Teodoro blocked the project.

On Facebook, he shared the plans for the new justice hall to show how it would have looked, and expressed regret at the missed opportunity.

Had the new justice hall been constructed, the old justice hall would be used as the city jail and the headquarters of the police, he said.

The current city jail is already too crowded, he pointed out.