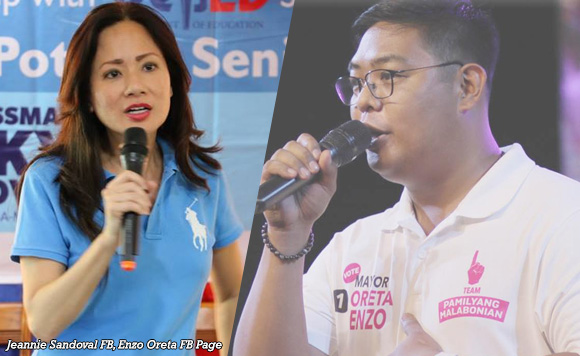 The two contenders for Malabon mayor have both claimed the lead in the race by touting the results of different surveys.

Another survey by Public Asia showed that Jeannie Sandoval and Enzo Oreta are in a tight race for number 1.

Another 19 percent are undecided.

Publicus said the margin of error for most of the cities is +/- 10 percent.

This means Sandoval and Oreta are considered statistically tied.