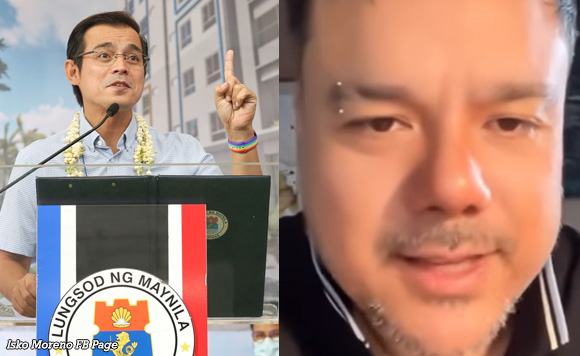 0 146
Share
Want more POLITIKO News? Get the latest newsfeed here. We publish dozens and dozens of politics-only news stories every hour. Click here to get to know more about your politiko - from trivial to crucial. it's our commitment to tell their stories. We follow your favorite POLITIKO like they are rockstars. If you are the politiko, always remember, your side is always our story. Read more. Find out more. Get the latest news here before it spreads on social media. Follow and bookmark this link. https://goo.gl/SvY8Kr

Visual artist and actor Dranreb Belleza has declared his support for the presidential bid of the Manila Mayor.

Belleza said in the video that said he is going for Moreno because he is tired of fighting between political families who hurl so many accusations against each other.

He said it was not good to listen to the bickering of opposing groups everyday.

He chooses Domagoso because the latter has no enemy and just wants to work, he said.

Domagoso is even willing to work with critics, he added.

In making his choice, he thought of his children and grandchild and the kind of country he wants for them, he said.

He wants a leader who could to a lot for the Philippines, he said.

Domagoso, who is a far third in the surveys, thanked Belleza for the declaration of support and called on voters to consider him.