Slap on the wrist? Guevarra tells BuCor to consult with DOJ after Palparan interview 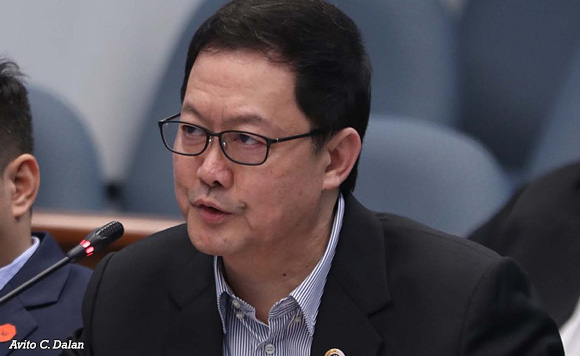 0 387
Share
Want more POLITIKO News? Get the latest newsfeed here. We publish dozens and dozens of politics-only news stories every hour. Click here to get to know more about your politiko - from trivial to crucial. it's our commitment to tell their stories. We follow your favorite POLITIKO like they are rockstars. If you are the politiko, always remember, your side is always our story. Read more. Find out more. Get the latest news here before it spreads on social media. Follow and bookmark this link. https://goo.gl/SvY8Kr

Justice Secretary Menardo Guevarra on Monday (April 18) said the Bureau of Corrections (BuCor) should always consult with the Department of Justice (DOJ) on important matters.

“I would rather that BuCor consult the DOJ, as its mother agency, on matters of public interest that may give rise to legal questions or involve policy considerations,” he stated.

“As you all probably know, the office of the justice secretary is not hard to access,” he added.

Guevarra said this in response to the BuCor’s decision to allow retired Maj. Gen. Jovito Palparan to be interviewed over SMNI network last March 30.

The BuCor has already submitted last April 4 a report on how it grant the interview and a supplementary report last April 8.

“They attached na po the missing documents that I required and now includes timelines,” said DOJ Undersecretary Deo Marco about the supplementary report

“So pwede na po aralin ngayon ng DOJ (Now it can be studied by the DOJ),” added Marco who has supervision over the BuCor.

Palparan was convicted back in 2018 by the regional trial court (RTC) of Malolos City for kidnapping and serious illegal detention over the 2006 disappearance of University of the Philippines (UP) students Sherlyn Cadapan and Karen Empeno.