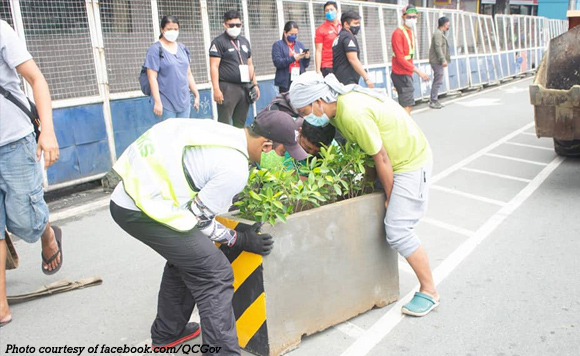 0 271
Share
Want more POLITIKO News? Get the latest newsfeed here. We publish dozens and dozens of politics-only news stories every hour. Click here to get to know more about your politiko - from trivial to crucial. it's our commitment to tell their stories. We follow your favorite POLITIKO like they are rockstars. If you are the politiko, always remember, your side is always our story. Read more. Find out more. Get the latest news here before it spreads on social media. Follow and bookmark this link. https://goo.gl/SvY8Kr

The Quezon City government is determined to make the city a safer place for cyclists.

It has installed concrete plant box barriers along the eastbound lane of Commonwealth Avenue near Philcoa to provide extra protection to cyclists.

This was part of a dry run to determine if this design would be adequate for the needs of the bicycle users.

The dry run would run for a month, and it encouraged the public to send their feedback about this undertaking.

If the new barriers would prove successful, the project would be continued in other roadways, it said.