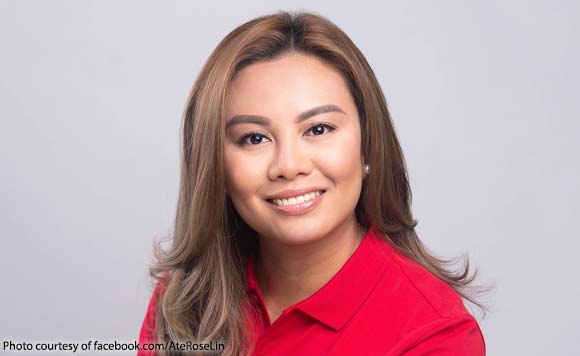 0 320
Share
Want more POLITIKO News? Get the latest newsfeed here. We publish dozens and dozens of politics-only news stories every hour. Click here to get to know more about your politiko - from trivial to crucial. it's our commitment to tell their stories. We follow your favorite POLITIKO like they are rockstars. If you are the politiko, always remember, your side is always our story. Read more. Find out more. Get the latest news here before it spreads on social media. Follow and bookmark this link. https://goo.gl/SvY8Kr

Quezon City congressional candidate and controversial businesswoman Rose Nono-Lin on Saturday accused her rival of being behind the distribution of forms to make it appear that she was buying votes.

Lin’s team learned that forms that bore her rose logo and asked for the recipient’s name, address, and contact number have been distributed to her supporters, who were promised money.

But Lin said this was part of a ploy to make her look bad, and warned the public against falling for this.

She also said the activity was a violation of the rules of the Commission on Elections and was part of an effort to derail her campaign.

She vowed not to resort to such dirty tactics herself.

Lin, who became controversial after being dragged in the Senate probe of the questionable pandemic transactions of Pharmally Pharmaceutical Corporation, is herself facing vote buying complaints before a Comelec task force.