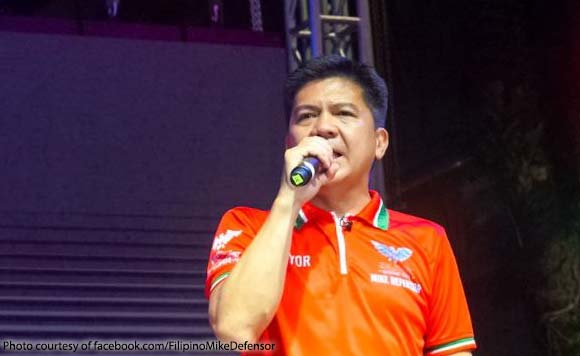 Anakalusugan Rep. Mike Defensor is wondering why Quezon City Mayor Joy Belmonte has refused to personally respond to his challenge to a debate.

Defensor, in a television interview, said he was willing to face off with Belmonte to tackle the issues she raised against him.

But if she would refuse to debate him, she should just keep quiet, he said.

He noted that it was only Belmonte’s spokesperson who had issued a response to his challenge.

Defensor, who is supporting the presidential bid of frequent debate skipper Ferdinand “Bongbong” Marcos Jr., said he dared Belmonte to a debate because it was important for the people of Quezon City to hear directly from the candidates.