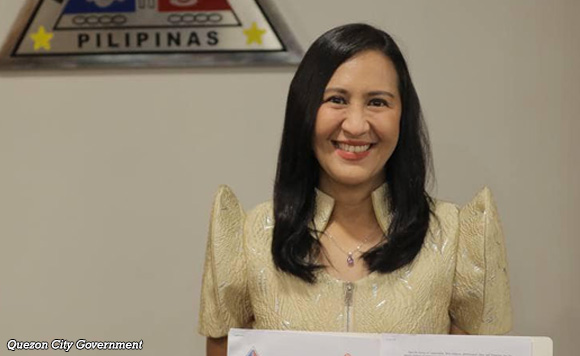 0 325
Share
Want more POLITIKO News? Get the latest newsfeed here. We publish dozens and dozens of politics-only news stories every hour. Click here to get to know more about your politiko - from trivial to crucial. it's our commitment to tell their stories. We follow your favorite POLITIKO like they are rockstars. If you are the politiko, always remember, your side is always our story. Read more. Find out more. Get the latest news here before it spreads on social media. Follow and bookmark this link. https://goo.gl/SvY8Kr

Anakalusugan Rep. Mike Defensor on Friday disclosed that the camp of his rival Quezon City Mayor Joy Belmonte is coming out with posters supporting the presidential bid of former Sen. Ferdinand Marcos Jr.

“In Quezon City, si Mayor Belmonte is coming out with posters with BBM. Ako okay lang yun because it’s good for our candidate but ngayon meron din siyang mga leaders for Leni and I think they’re consolidating,” Defensor said.

Aside from Marcos and Robredo, Defensor said some allies of Belmonte are for Moreno.

Defensor said he will not be surprised if Belmonte gives her full support to Robredo since she campaigned for her in the 2016 vice presidential race.

Earlier, Belmonte has endorsed the vice presidential bid of Senate President Tito Sotto III but has yet to disclose publicly whom she is supporting for president.