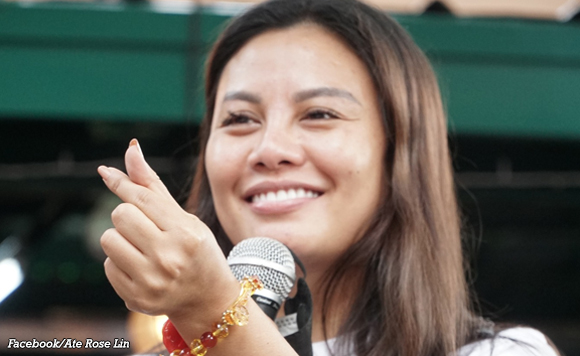 0 2,511
Share
Want more POLITIKO News? Get the latest newsfeed here. We publish dozens and dozens of politics-only news stories every hour. Click here to get to know more about your politiko - from trivial to crucial. it's our commitment to tell their stories. We follow your favorite POLITIKO like they are rockstars. If you are the politiko, always remember, your side is always our story. Read more. Find out more. Get the latest news here before it spreads on social media. Follow and bookmark this link. https://goo.gl/SvY8Kr

Department of Justice (DOJ) Secretary Menardo Guevarra said on Thursday (April 7) that the DOJ and National Bureau of Investigation (NBI) is ready to look into the vote buying complaint filed before the Commission on Elections (COMELEC) against Quezon City Fifth District congressional candidate Rose Nono-Lin.

“The COMELEC has primary jurisdiction over the subject matter,” he said.

“So the DOJ/NBI will defer to the COMELEC unless the latter endorses the complaint to us for further investigation,” assured Guevarra considering that the DOJ and NBI are part of the inter-agency Task Force Kontra Bigay formed by the COMELEC to fight vote buying.

So far, Guevarra said the COMELEC has not yet made a request to the DOJ and NBI to investigate the complaint.

Last Tuesday (April 5), the Koalisyon Novalenyo Kontra Korapsyon and Alyansa ng mga Mamamayan ng Bagbag lodged the complaint before the COMELEC against Lin and several others.

“Even before the filing of respondent Lin’s certificate of candidacy and beyond March 25, 2022, when the official local campaign period started, respondents undertook a concerted and coordinated scheme to buy votes of tens of thousands of Novaleños,” reads the complaint.

“Even now, the vote buying scheme continues in one of the many headquarters,” it added.