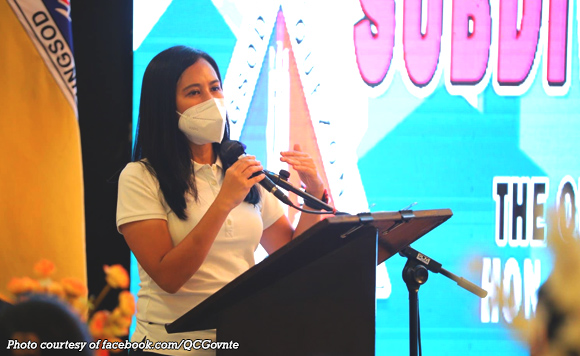 0 97
Share
Want more POLITIKO News? Get the latest newsfeed here. We publish dozens and dozens of politics-only news stories every hour. Click here to get to know more about your politiko - from trivial to crucial. it's our commitment to tell their stories. We follow your favorite POLITIKO like they are rockstars. If you are the politiko, always remember, your side is always our story. Read more. Find out more. Get the latest news here before it spreads on social media. Follow and bookmark this link. https://goo.gl/SvY8Kr

The camp of Quezon City Mayor Joy Belmonte has thumbed down the challenge of Anakalusugan party-list Rep. Mike Defensor for a debate on hot topics related to the May 9 polls.

Belmonte’s spokesperson, Pia Morato, said Defensor will only use the debate as a venue for grandstanding and spreading fake news.

“Previously, he proposed a childish “resignation challenge” about supposed irregularities that the Commission on Audit (COA) found out about Quezon City. Even though the COA itself repeatedly debunked these accusations, Congressman Defensor still enjoys all the perks and budgets of a sitting Partylist Representative, and has not resigned,” she said.

Defensor earlier proposed that he and Belmonte debate on the lawmaker’s distribution of ivermectin in Quezon City and his role in Congress’ rejection of ABS-CBN’s franchise application.

There’s no conclusive scientific proof of ivermectin’s effectiveness in treating COVID-19 or preventing it.

Defensor is running against Belmonte for mayor of Quezon City.