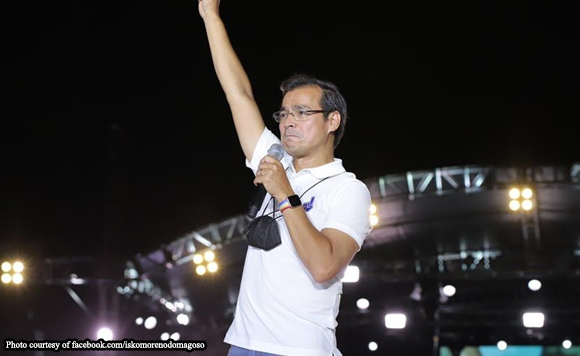 0 1,726
Share
Want more POLITIKO News? Get the latest newsfeed here. We publish dozens and dozens of politics-only news stories every hour. Click here to get to know more about your politiko - from trivial to crucial. it's our commitment to tell their stories. We follow your favorite POLITIKO like they are rockstars. If you are the politiko, always remember, your side is always our story. Read more. Find out more. Get the latest news here before it spreads on social media. Follow and bookmark this link. https://goo.gl/SvY8Kr

The PFP said Moreno was endorsed by one Abubakar Mangelen who is pretending to be the national chairperson of the party.

Tom Lantion, PFP National Secretary-General, stressed that the PFP is endorsing only one candidate for president, Ferdinand Marcos, Jr.

Lantion noted that Mangelen and his cohorts filed a disqualification case before the Commission on Elections (Comelec) against Marcos. The case was dismissed by the second division.

“It was just a mere scrap of paper. The Mangelen resolution is without basis, null and void, fake news!” Lantion added.

Lantion disclosed that the PFP general counsel and legal officers will file a case of usurpation and other criminal acts committed by “an impostor” Mangelen.

Lantion issued the statement in reaction to reports that the alleged original officers and members of the PFP surfaced Wednesday in Iligan City to throw their full support behind Moreno, the standard-bearer of Aksyon Demokratiko.