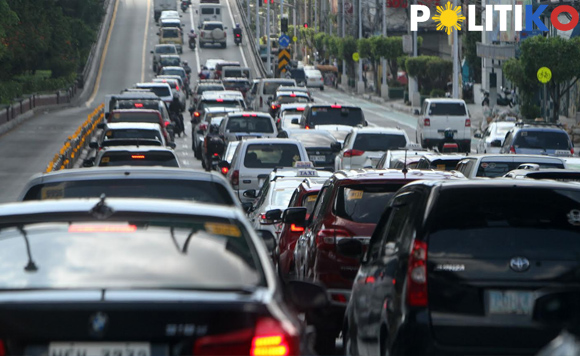 0 2,697
Share
Want more POLITIKO News? Get the latest newsfeed here. We publish dozens and dozens of politics-only news stories every hour. Click here to get to know more about your politiko - from trivial to crucial. it's our commitment to tell their stories. We follow your favorite POLITIKO like they are rockstars. If you are the politiko, always remember, your side is always our story. Read more. Find out more. Get the latest news here before it spreads on social media. Follow and bookmark this link. https://goo.gl/SvY8Kr

The implementation of a new number coding scheme to further lessen the volume of vehicular traffic in the National Capital Region (NCR) may begin after the May 2022 elections, an official of the Metropolitan Manila Development Authority (MMDA) said.

“Nakikipag-usap pa po tayo sa other government agencies upang mabigyan din nila ng mga suhestiyon kung alin dun sa dalawa ang ating ipapatupad at maaari pong siguro after elections na po natin ipapairal (We are still in discussion with other government agencies so they can give their suggestion on which of the two should be upheld, its implementation may happen after the elections),” San Juan said.

The other option is a 40 percent reduction plan where vehicles will be barred from NCR two days a week with a varied schedule based on their license plate.

Both options will only be implemented during rush hours—morning from 7 a.m. to 10 a.m. and evening from 5 p.m. to 8 p.m.

He said the new work arrangements for government offices suggested by the MMDA to help reduce the volume of traffic during rush hours are also being addressed by the Civil Service Commission (CSC).

Earlier, the MMDA suggested changing the regular work hours of government offices in the NCR an hour earlier, from 7 a.m. to 4 p.m. compared to the usual 8 a.m. to 5 p.m. workdays.