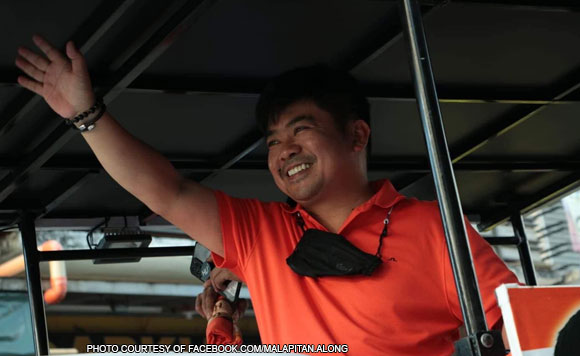 0 89
28
Want more POLITIKO News? Get the latest newsfeed here. We publish dozens and dozens of politics-only news stories every hour. Click here to get to know more about your politiko - from trivial to crucial. it's our commitment to tell their stories. We follow your favorite POLITIKO like they are rockstars. If you are the politiko, always remember, your side is always our story. Read more. Find out more. Get the latest news here before it spreads on social media. Follow and bookmark this link. https://goo.gl/SvY8Kr

Caloocan Rep. Along Malapitan couldn’t help but become sentimental as he remembered the remaining days he has as a lawmaker.

In a Facebook post, Malapitan said that one of the things that crossed his mind is the effectivity of the law he sponsored creating a third district for Caloocan.

The May 9 polls will be the first time a representative for Caloocan’s third district will be elected.

Malapitan seeks to replace his father, Oca, as mayor of Caloocan.

Post Views: 18
Continue Reading
CaloocancongressmanRep. Along Malapitan
0 89
28
Politiko would love to hear your views on this...
Trending News
More Stories