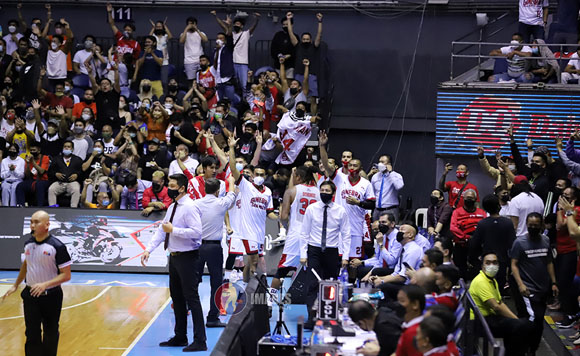 0 1,082
Share
Want more POLITIKO News? Get the latest newsfeed here. We publish dozens and dozens of politics-only news stories every hour. Click here to get to know more about your politiko - from trivial to crucial. it's our commitment to tell their stories. We follow your favorite POLITIKO like they are rockstars. If you are the politiko, always remember, your side is always our story. Read more. Find out more. Get the latest news here before it spreads on social media. Follow and bookmark this link. https://goo.gl/SvY8Kr

Martinez said the ‘Fast and The Furious’ tandem of Mark Caguioa and Jayjay Helterbrand, as well as the nations’ top gunner during his prime, Allan “The Triggerman” Caidic are expected to join the event in Barangay Paso de Blas.

Martinez recalled how Ginebra has become popular to Filipino basketball-enthusiasts.

“For me, it’s really the Big J (Robert Jaworski) who made Ginebra the most admired professional basketball team in our country, as he was the one who instilled to the heart and mind of his co-players the never say die spirit. And up to now, the team carries it,” Martinez stressed.

Martinez said he is continuously collecting historic photographs from Ginebra’s treasure trove of memorable moments, which will also adorn the walls of the multi-purpose gym.

With the easing of the health restrictions in Metro Manila, Martinez said the timing for the opening of the Ginebra NSD-inspired playing court is quite right since indoor sports activities like basketball are allowed.

The facility would be the seventh of Martinez’s indoor basketball court project, which honors legendary figures in basketball history both in the Philippines and abroad.

Martinez is hoping that Valenzuela would become the “Philippines’ basketball capital.”