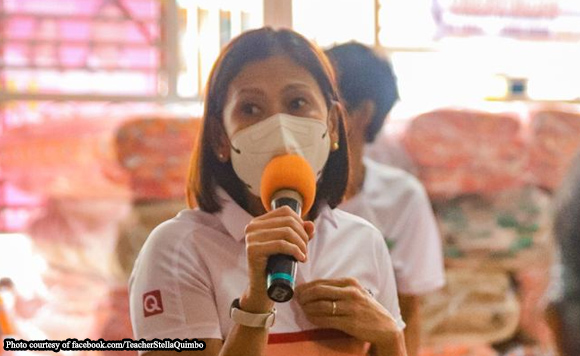 0 134
Share
Want more POLITIKO News? Get the latest newsfeed here. We publish dozens and dozens of politics-only news stories every hour. Click here to get to know more about your politiko - from trivial to crucial. it's our commitment to tell their stories. We follow your favorite POLITIKO like they are rockstars. If you are the politiko, always remember, your side is always our story. Read more. Find out more. Get the latest news here before it spreads on social media. Follow and bookmark this link. https://goo.gl/SvY8Kr

In an interview on One News’ “The Chiefs” Wednesday, March 16, Quimbo said P200 will not suffice for a poor Filipino family’s needs.

“If we divide that [amount] by 30 days and we divide that by five—because there are five members in a family—that’s P1.33 per person, per day,” said Quimbo, an economist.

“You can’t even buy candy, because candy is now P1.75, so the amount is clearly not meaningful,” she added.

The lawmaker said it would be better if Duterte ordered the suspension of excise taxes on fuel, which would benefit a larger sector of the population.

The Department of Finance has opposed the proposal to suspend fuel excise tax collection, saying the government will lose over P105 billion if it pushed through.

Quimbo, however, said giving a P200 monthly cash assistance to poor families will cost the government some P33 billion, or a third of the supposed foregone revenues from suspending fuel excise tax collection.