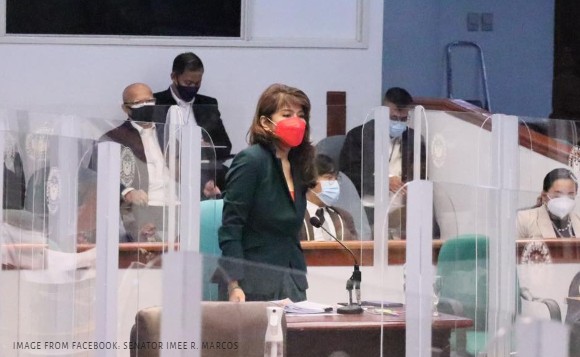 With a few weeks before the National and local elections, Senator Imee Marcos has raised alarm over the “very serious” security breach in the operations of Commission on Elections (Comelec) software contractor.

Marcos revealed on Thursday that the security breach has compromised the operations of Smartmatic, the government’s software provider for the May 9 elections.

She said the matter is currently under investigation by concerned authorities including the National Bureau of Investigation, Cybercrime Investigation and Coordinating Center, National Privacy Commission.

“We have to admit that a very serious breach occurred,” she said in a media interview.

“It may not be technically hacking. However we feel that it compromises the processes and operations of Smartmatic in very serious ways,” she said.

Marcos, chair of the Senate Committee on Electoral Reforms and People’s Participation, said Smartmatic data might have been hacked by a criminal syndicate.

“Andoon lahat sa Facebook eh, nakakapagtaka eh. Kaya medyo kinakabahan tayo to that degree, the depth and breadth of the data that has been released, that is still publicly available as far as I know,” she said.

Imee’s brother former Senator Ferdinand Marcos Jr. is running for president in the May elections.

The Comelec earlier disputed a Manila Bulletin report alleging a data server breach, including the supposed hacking of voters’ information. The alleged hacking incident prompted a Senate inquiry into the matter.