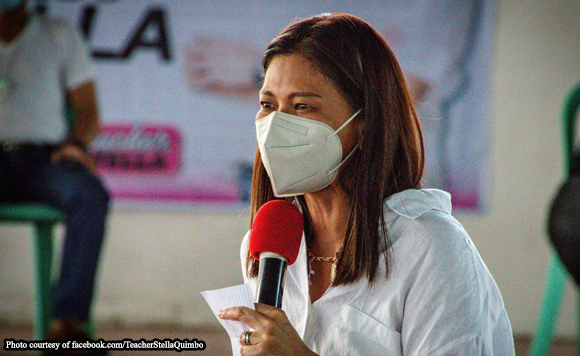 0 581
2
Want more POLITIKO News? Get the latest newsfeed here. We publish dozens and dozens of politics-only news stories every hour. Click here to get to know more about your politiko - from trivial to crucial. it's our commitment to tell their stories. We follow your favorite POLITIKO like they are rockstars. If you are the politiko, always remember, your side is always our story. Read more. Find out more. Get the latest news here before it spreads on social media. Follow and bookmark this link. https://goo.gl/SvY8Kr

Quimbo said the assistance such as the Department of Trade and Industry’s (DTI) Livelihood Seeding Program – Negosyo Serbisyo Sa Barangay (LSP-NSB) is “the way to get small businesses re-started.”

The lady solon made the call after the Commission of Audit (COA) reported that a total of P4.99 billion or more than half of the allotted loans for MSMEs under the COVID-19 Assistance to Restart Enterprises (CARES) program, was unused as of the end of June 2021.

The CARES Program is one of the lending programs designed for pandemic response. It is being implemented by the Small Business Corporation (SBC), which received P9.08 billion to be distributed as collateral-free, zero-interest loans to MSMEs under Bayanihan 2 law.

Quimbo said that based on the feedback of numerous stakeholders, MSMEs, and bankers that were consulted during the House committee hearings for economic recovery measures, small businesses want financial aid and not loans.

She said subsidies are especially important today, with the series of oil price hikes.