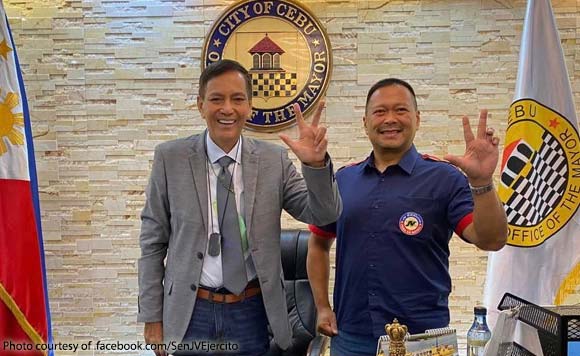 0 704
Share
Want more POLITIKO News? Get the latest newsfeed here. We publish dozens and dozens of politics-only news stories every hour. Click here to get to know more about your politiko - from trivial to crucial. it's our commitment to tell their stories. We follow your favorite POLITIKO like they are rockstars. If you are the politiko, always remember, your side is always our story. Read more. Find out more. Get the latest news here before it spreads on social media. Follow and bookmark this link. https://goo.gl/SvY8Kr

JV Ejercito had a very productive visit to Cebu for the campaign trail.

The Senate hopeful swept multiple towns in the province in one go, which was made possible by local executives who were just as excited to meet him.

“Paid courtesy calls to LGU officials of Cebu yesterday! Maraming salamat po sa warm reception from your cities and municipalities,” the politiko said, making a litany out of the many local officials he met.

Along Malapitan honors Speaker Velasco in final days in…

LOOK: Francis Zamora got the best seat to watch the NCAA…