We’re all in this together! Joy Belmonte taps men to fight violence against women 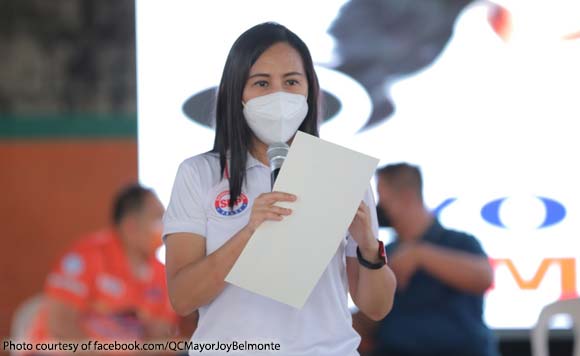 0 115
Share
Want more POLITIKO News? Get the latest newsfeed here. We publish dozens and dozens of politics-only news stories every hour. Click here to get to know more about your politiko - from trivial to crucial. it's our commitment to tell their stories. We follow your favorite POLITIKO like they are rockstars. If you are the politiko, always remember, your side is always our story. Read more. Find out more. Get the latest news here before it spreads on social media. Follow and bookmark this link. https://goo.gl/SvY8Kr

Called Men Opposed to Violence against Women Everywhere (MOVE), the project aims to invite more men to join the city’s charter and become active participants in eliminating violence against women.

During the launch, Vice Mayor Gian Sotto was also named as the honorary chair of QC MOVE for his office’s role in the swift resolution of a case involving a female employee who was sexually harassed by her male boss.

In 2021, the city’s barangays received 3,981 reports of cases of physical and verbal abuse as well as sexual harassment against women, as reflected in data from the city’s Gender and Development Council.