Martinez on EJ Obiena-PATAFA feud: ‘Rise above those petty differences for flag and country’ 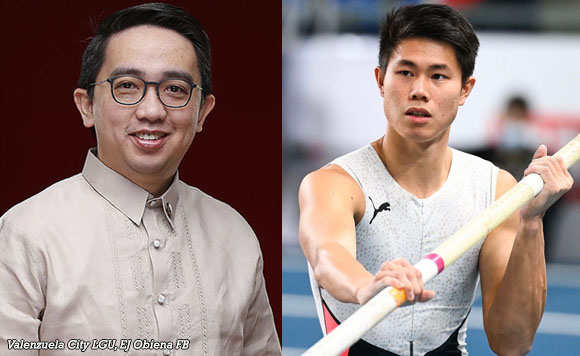 0 156
Share
Want more POLITIKO News? Get the latest newsfeed here. We publish dozens and dozens of politics-only news stories every hour. Click here to get to know more about your politiko - from trivial to crucial. it's our commitment to tell their stories. We follow your favorite POLITIKO like they are rockstars. If you are the politiko, always remember, your side is always our story. Read more. Find out more. Get the latest news here before it spreads on social media. Follow and bookmark this link. https://goo.gl/SvY8Kr

House Deputy Speaker and Valenzuela City Rep. Eric Martinez has expressed his support to former Olympian and pole-vault star Ernest John Obiena who was dropped by the Philippine Athletics Track and Field Association (PATAFA) from the roster for the 31st Southeast Asian (SEA) Games to be held in Vietnam in May.

Martinez said the petty differences between PATAFA and Obiena should be dropped. He also sympathized with Obiena.

He also reiterated how valuable Obiena is, saying the athlete who ranks 5th in the world could bring honor to the Philippine flag once given a chance.

“Obiena is the most qualified Track and field athlete of the country given his world standing. That’s a no brainer,” Martinez stressed.

It will be recalled that Obiena had a debacle with PATAFA as the phenom pole-vaulter was accused of failing to pay his coach, Vitaly Petrov, which the latter denied, calling the allegation a “proverbial witch hunt”.

“If both parties don’t want to resolve their differences, huwag ninyo idamay ang bansa,” Martinez added. “Rise above those petty differences for flag and country.”