Defensor urges OWWA to help families of 10,000 OFW in Russia amid remittance snags 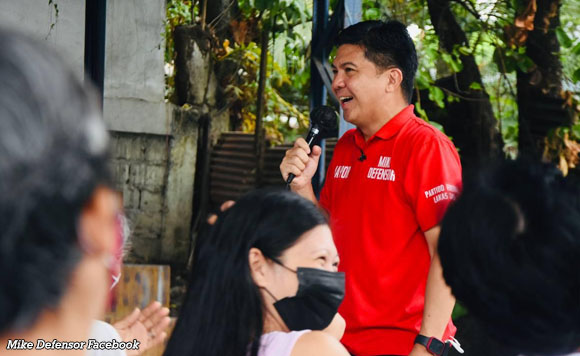 0 1,259
Share
Want more POLITIKO News? Get the latest newsfeed here. We publish dozens and dozens of politics-only news stories every hour. Click here to get to know more about your politiko - from trivial to crucial. it's our commitment to tell their stories. We follow your favorite POLITIKO like they are rockstars. If you are the politiko, always remember, your side is always our story. Read more. Find out more. Get the latest news here before it spreads on social media. Follow and bookmark this link. https://goo.gl/SvY8Kr

Anakalusugan Rep. Mike Defensor on Friday called on the Overseas Workers Welfare Administration (OWWA) to extend financial aid to the families of overseas Filipino workers (OFW) in Russia now having difficulties sending remittance in the country.

Defensor said OFWs will be affected by the global sanctions against Russia’s banking system.

“We are counting on the OWWA to reach out to the families here at home of our workers in Russia, and to provide them temporary financial relief,” Defensor said.

The international community has imposed severe economic and financial sanctions against Russia as punishment for invading Ukraine.

“The financial sanctions in particular would effectively block Russian banks from corresponding with virtually all major banks around the world,” Defensor added.

The Philippine embassy in Russia estimates that 95% of the Filipinos in Russia are employed as household service workers, cleaners, cooks, drivers, and nannies, mostly in Moscow.

Defensor also urged the Philippine government to be ready in bringing home Filipino workers in Russia who may wish to be repatriated.

“The prospect that some of our workers there might lose their jobs is very real, considering the projections that the Russian economy might plunge into a depression due to the global sanctions,” the solon said.

Defensor said the less than 400 Filipinos in Ukraine are already undergoing repatriation.