Defensor: Special session should not be limited to oil deregulation law review 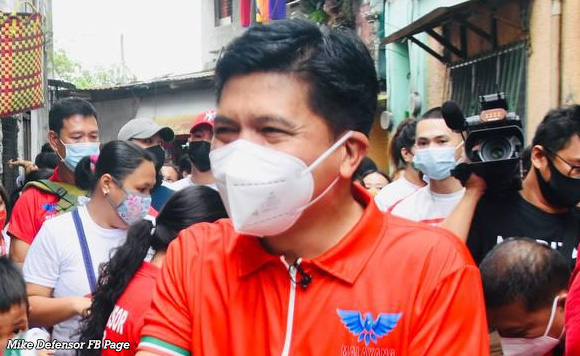 0 466
8
Want more POLITIKO News? Get the latest newsfeed here. We publish dozens and dozens of politics-only news stories every hour. Click here to get to know more about your politiko - from trivial to crucial. it's our commitment to tell their stories. We follow your favorite POLITIKO like they are rockstars. If you are the politiko, always remember, your side is always our story. Read more. Find out more. Get the latest news here before it spreads on social media. Follow and bookmark this link. https://goo.gl/SvY8Kr

Anakalusugan Rep. Mike Defensor on Thursday said that the proposed special session should not be limited to the review of the oil deregulation law and should also be used to tackle and pass measures that will give immediate relief to the people amid high fuel prices.

Defensor said he is in favor of reviewing the oil deregulation law but it will take years before the public can benefit from its effects.

“I am for that (review). But how many years would that take? In the meantime, our people are clamoring for instant relief,” Defensor pointed out.

Among the proposals to the 1998 oil deregulation law is the building establishment of oil reserves that would be used whenever the cost of crude in the world market rises.

In case President Rodrigo Duterte calls Congress to a special session, Defensor said he would push for the approval of his House 10411, which seeks the suspension of fuel excise taxes for three years.

Alternatively, Defensor said he would support the restoration of the oil tax suspension mechanism under Section 43 of the Tax Reform Acceleration and Inclusion (TRAIN) Law.

Section 43 provided for the shelving of higher oil levies whenever the price of crude in the world market hit $80 per barrel. The provision is only effective until 2020.

“We can revive that so that the tax increase under TRAIN could immediately be shelved because the cost of crude has soared to $113 per barrel due to Russia’s invasion of Ukraine,” he added.