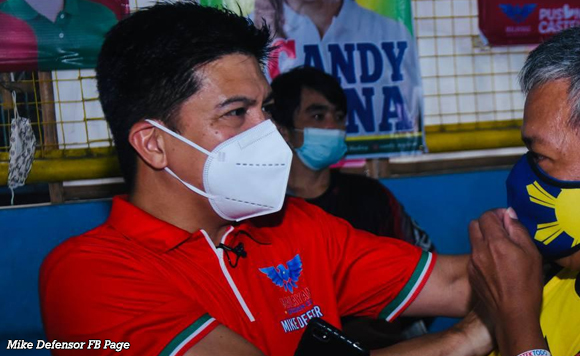 0 1,053
Share
Want more POLITIKO News? Get the latest newsfeed here. We publish dozens and dozens of politics-only news stories every hour. Click here to get to know more about your politiko - from trivial to crucial. it's our commitment to tell their stories. We follow your favorite POLITIKO like they are rockstars. If you are the politiko, always remember, your side is always our story. Read more. Find out more. Get the latest news here before it spreads on social media. Follow and bookmark this link. https://goo.gl/SvY8Kr

Anakalusugan Rep. Mike Defensor on Thursday urged leaders of Congress to recommend to President Rodrigo Duterte the calling of a special session aimed at approving measures that will suspend excise tax on fuel products.

“President Duterte may be waiting for what our leaders in Congress have to say on the proposed special session to reduce oil taxes and fuel prices. After all, it was the legislature that imposed and even increased these levies,” Defensor said.

Defensor also stressed that Congress should not wait for street protests and threats of crippling transport and labor strikes before acting on calls to suspend or scrap fuel taxes.

The tension between Russia and Ukraine has caused the prices of crude oil to soar to almost $100 per barrel from $60 last year.

Defensor said shelving fuel levies would bring down pump prices by P6 per liter for diesel, P10 for gasoline, P5 for kerosene, and P33 per 11-kilogram cylinder for liquefied petroleum gas.